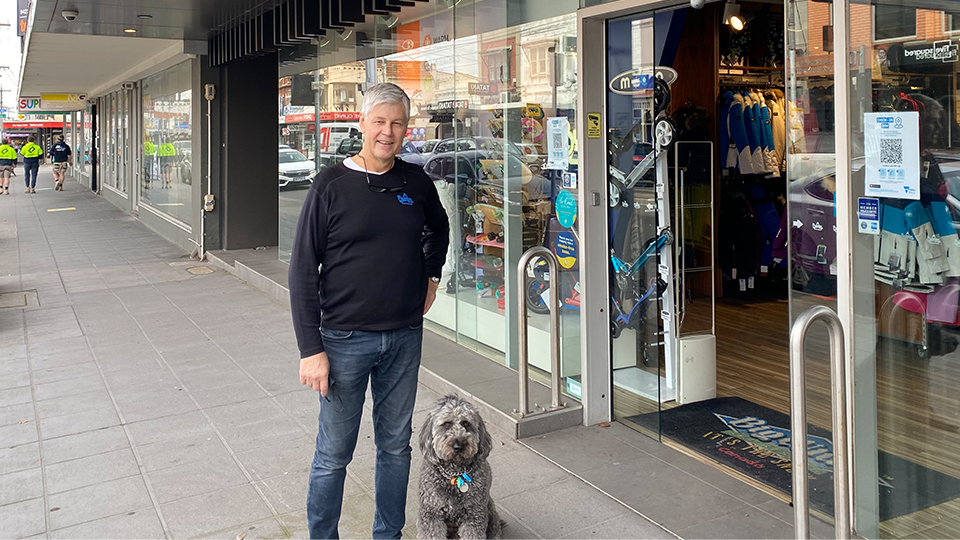 The wind in his hair, the fresh mountain air, the freedom. That’s what Peter Haley loves about skiing.

And for 40 winters, he’s been sharing that love with generations of customers at Bumps Snow Surf Skate in Elsternwick Village.

“It’s such a fantastic sport – one of the few where all members of the family can participate together,” he said.

“That’s one of the things that is so special about skiing.”

History in the making

Peter and his wife Glenda opened the doors at Bumps on March 15, 1982, in two small shopfronts measuring about 1300 square feet.

“We looked at a map and saw there was a gap in the market,” Mr Haley said.

“And we also happened to live in Elsternwick, so that was a fringe benefit.”

Elsternwick Village’s reputation as one of Melbourne’s premier shopping strips was another factor.

“All the major banks have a branch in Elsternwick. That’s the sign of a major strip,” Mr Haley said.

“It’s got everything – including a lot of old characters that have been in the village for a long time, like me.”

The team’s commitment to customer needs and exceptional service were quickly rewarded with sustained growth that has prompted several expansions over the years.

In 1987 they took over the corner shop next door, doubling their floor space.

That was supplemented with two rear shipping containers for storage and another expansion, bringing the floor space to 3500 square feet.

Finally, nine years ago, they moved to their current location at 481 Glen Huntly Rd, with a whopping 6000 square feet of space ensuring the team can offer Melbourne’s best product range.

“One of the key things I’ve instilled in all of our staff over the years is our mantra: ‘The right product for the right reason, no exceptions’,” Mr Haley said. 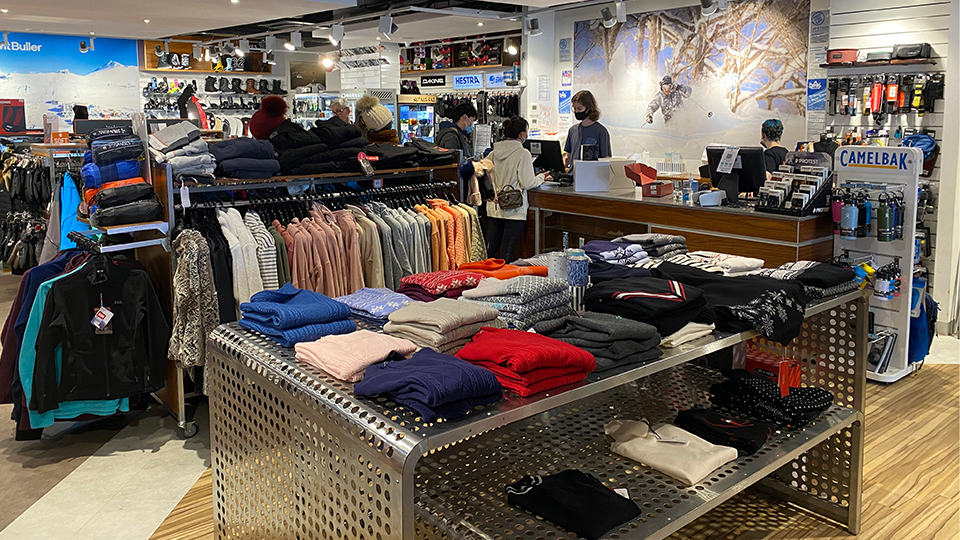 Experts in the field

When it comes to enjoyment and performance, ski boots are your most important piece of equipment, Mr Haley said.

And getting the right fit takes skill.

“There is a lot to know about boot fitting,” he said.

“Choosing the right boot is hard enough, but matching those shapes to each unique foot is where true skill comes in.”

Mr Haley said his highly trained staff – some of whom had worked at the store for 15 years – are experts in this speciality.

“We teach our staff skills that they can use to further their careers in the industry,” he said.

“Some of my staff have gone on to work in the best boot fitting stores in London, and the busiest stores in North America.”

This dedication to training and excellence saw Bumps become the first Australian store to be included on the American’s Best Bootfitters website.

“People drive from all over Victoria to come shopping at Bumps, because of our range and service,” Mr Haley said.

Bumps has long been a pioneer in the industry.

Many of the ideas spearheaded in-store have been adopted across the industry, such as their Boot Fit Guarantee and extended winter trading hours.

The Bumps Annual Kids’ Recycle Sale and the Annual Race Exhibition is another innovation that has proven extremely popular.

Bumps was one of the first to introduce the exclusive Wintersteiger factory finish ski and snowboard tuning service to metropolitan Melbourne.

And they were the first in the world to take delivery of the Montana Infrared Race Waxer machine. 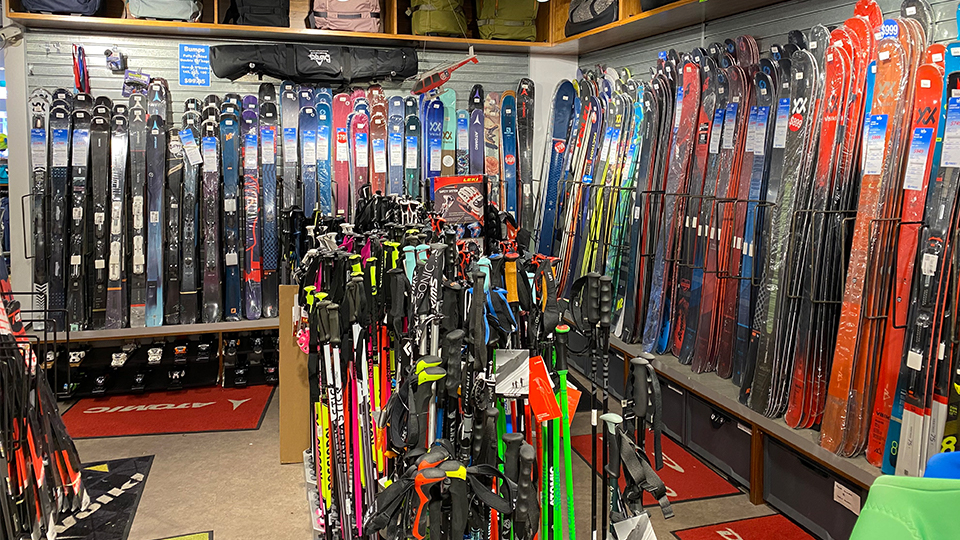 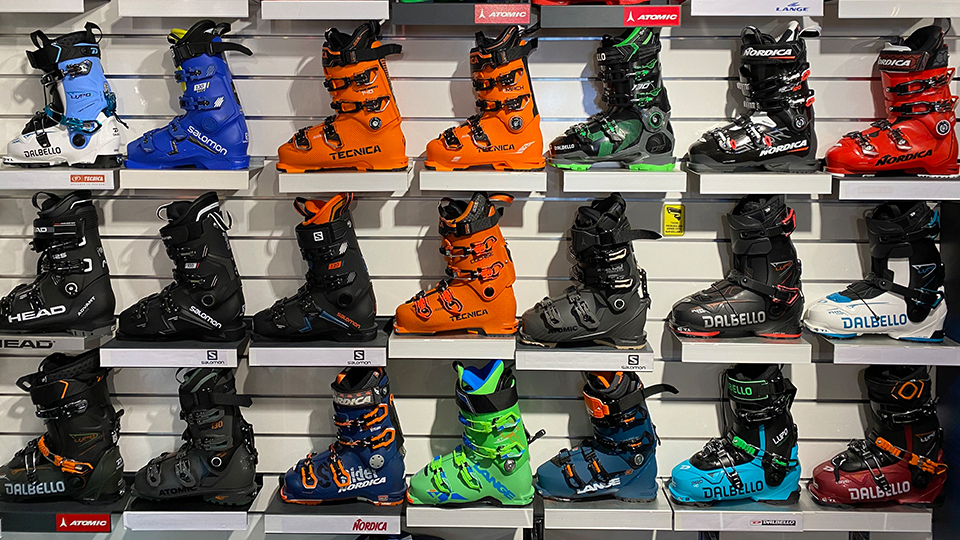 All in the family

The family-owned and run business is the only snow sports store in Melbourne still run by its original owners.

That dedication has inspired a loyal customer base that keeps coming back.

“I have customers from multiple generations of the same family coming to the store,” Mr Haley said.

“Grandparents bring their grandkids to get sorted with gear because they brought their children here.

“A lot of these kids, I’ve seen them growing up.

“I bump into them on the slopes, and they say ‘Hi Pete’.”

Mr Haley said he was “one of the luckiest people in the world” when it comes to job satisfaction.

“I love helping people get sorted with what they need to go skiing,” he said.

“It’s about passing on that love.” 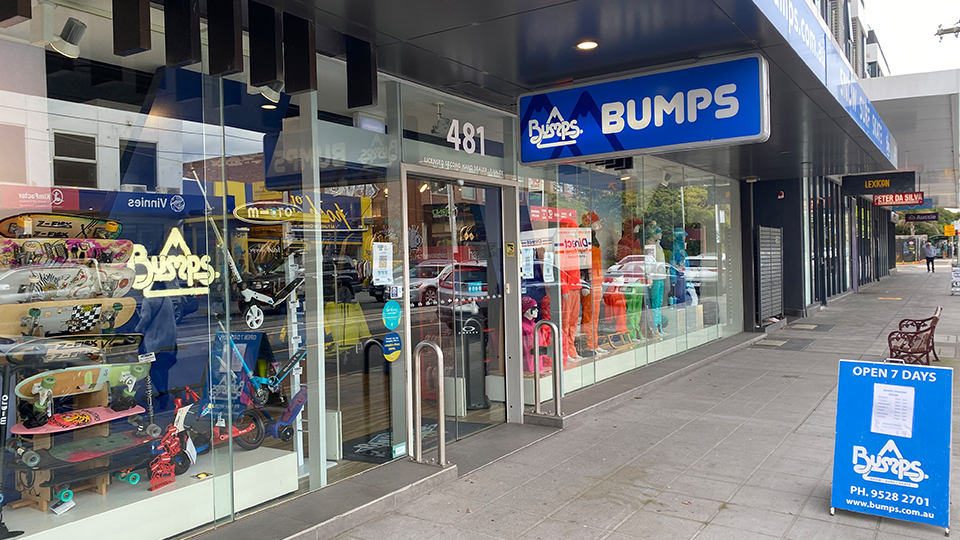 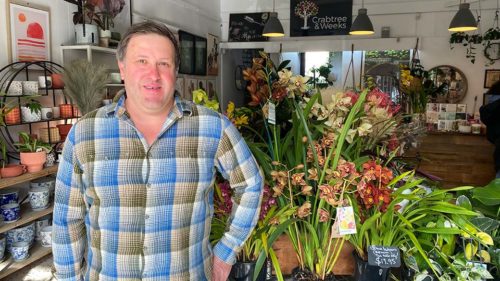 Introducing Elsternwick Village’s very own green haven. If you’re looking for a new plant or the perfect gift, be sure to visit Crabtree & Weeks. 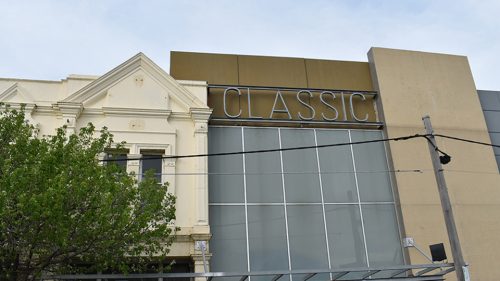 Elsternwick’s much-loved Classic Cinemas is a local icon – one that’s steeped in history. 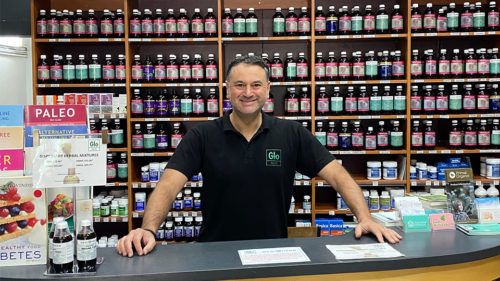 Adam Pincus’s dad was a pharmacist, so he grew up absorbing a great deal of information about health care and busy retail environments. He...
Read more