Home buyers have been returning to Elsternwick and other parts of Melbourne this year after many were forced to hold off from making a purchase due to tighter bank financing last year.

“We were coming off a very long growth period and then the market turned mostly for credit reasons, with many buyers unable to get financing from the banks like they had before,” said Daniel Ashton, sales manager at Biggin & Scott Elsternwick.

Mr Ashton said the Elsternwick market has been stabilising since the start of this year, with most properties finding at least one buyer that is willing to either negotiate before auction or on the day.

“In some cases, there are multiple bidders and the properties are selling at auction,” he said.

Woodards Elsternwick director Juanita Kelly said the market had been less buoyant in December but bounced back this year, with her office having its best January ever.

“Banks have loosened their criteria, so the market will find its new equilibrium and Elsternwick, as always, will be an amazing place to live and invest in,” she said.

The number of houses on the market in Elsternwick remains very low though, Ms Kelly added.

Mr Ashton said stock levels were down considerably compared to what they were used to as a result of the market conditions.

“We tend to find when the market is strong and bullish, you get the necessity sellers – those selling for a particular reason like a divorce or a deceased estate – but you also get reactive sellers who are thinking of selling but then come onto the market when then they see price rises,” he said.

“Because prices have decreased from those highs, we’re not seeing those reactive sellers.”

Looking ahead, Mr Ashton expects to see more of the same in the Elsternwick market.

Ms Kelly said Elsternwick has so much to offer, with new apartments under construction, the Coles redevelopment completing this year and a Woolworths supermarket potentially coming to the area.

House median values in Elsternwick have dropped 16.7 per cent during the 12 months to March 2019, slightly greater than the 12.4 per cent fall recorded across Melbourne, according to data provider CoreLogic. 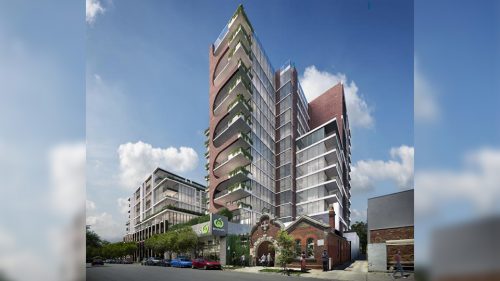 Glen Eira councillors have rejected Woolworths’ proposal for a 14-storey development in Elsternwick for being “excessive” and...
Read more